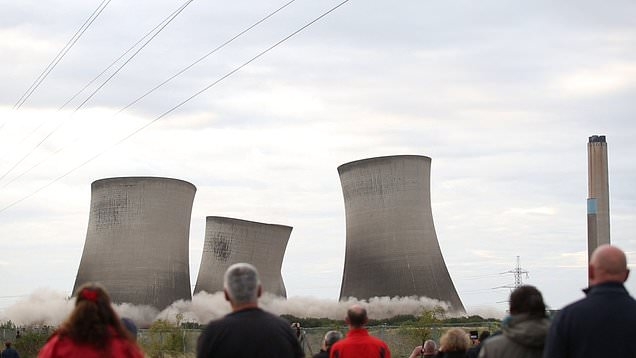 Three cooling towers were demolished by specialist Brown and Mason on Sunday morning.

But during the explosions a piece of debris protection material was blown outside the controlled zone and hit an overhead electricity power line.

The impact caused a power cut and a number of minor injuries among the crowds who had gathered to watch the blast.

Elecricity supplier SSEN said: “Initial investigations have confirmed that this morning’s power cut was caused by material related to the demolition of Didcot Power Station striking our overhead electricity network.

“During the demolition, a large section of debris protection material became detached from one of the cooling towers and made contact with our 33kV overhead line, which was outside of the advised perimeter.

“We are in contact with the station owner, RWE, to support them in their incident investigation alongside our own internal review into the network fault.”