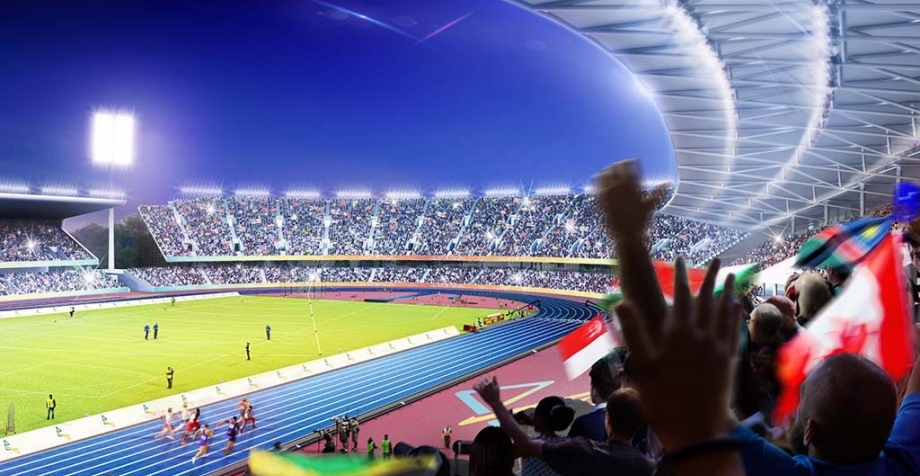 The £72m redevelopment of Birmingham’s Alexander Stadium has been approved by Birmingham City Council.

Proposals for the redevelopment, submitted to the local authority in October, include a new western stand and new tiered seating in the north and south section of the stadium. This will increase its permanent seating capacity from 12,700 to 18,000 with additional temporary seating allowing over 30,000 during the Games.

The stadium forms the focal point of the Birmingham 2022 Commonwealth Games as it plays host to athletic events and the opening and closing ceremonies. It is part of the wider £500m Perry Barr regeneration.

A contractor is expected to be appointed this spring with construction due to start shortly afterwards. The project completion date is late 2021. Last year Mace was confirmed as project manager for the redevelopment.

After the event, it will be used by Birmingham City University.