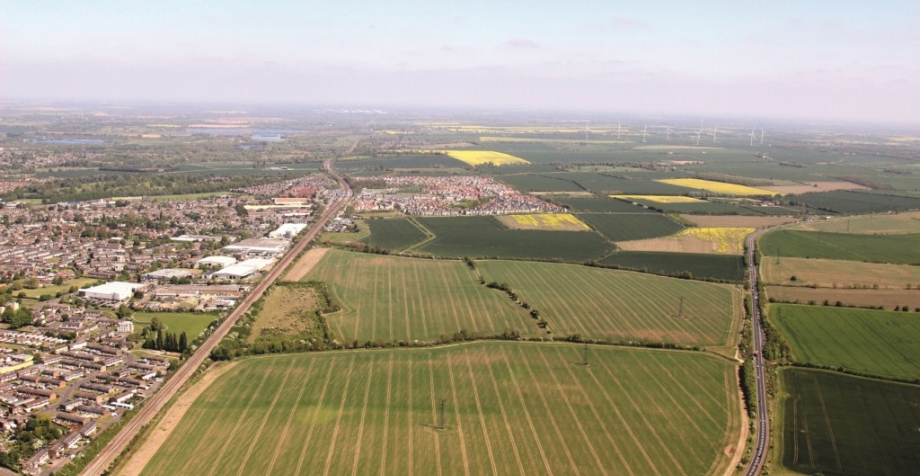 A massive housing and business development at St Neots will start to take shape with the construction of a landscape corridor running along the eastern boundary of the site.

An artists impression of what Wintringham Park will look like

Wintringham Park, between the railway and the A428, already has outline permission for the construction of nearly 3,000 new homes and 63,500 sq m of employment floorspace.

Now developers Wintringham Partners LLP and Urban and Civic have applied for detailed permission for the creation of a landscape corridor, including hard and soft landscaping, the creation and upgrading of footpaths and cycleways and infrastructure, some of which has already started at the site.

The bid is expected to be approved at the meeting of Huntingdonshire District Council's development management committee on Monday.

But developers are being asked to carry out a further assessment of the site for the presence of water voles since the endangered creatures had previously been recorded in the area.

St Neots Town Council, while welcoming the scheme in general, has raised concerns about lighting and that steps designed to provide access to different levels of land be replaced by ramps to enable access for all.

Wintringham Park will eventually hold district and local centres including retail, commercial, leisure, health and community facilities, together with a new primary school, open spaces, play areas and sports areas. There would also be new vehicular access points from Cambridge Road, the A428 and Potton Road.

Council planners said: "Whilst the proposed development would not wholly accord with the approved design code and parameter plan, given the omission of a connection to the east in the location shown within these approved documents, it is considered that the deviation has been justified.

"The accompanying supplementary documents are compliant with all applicable condition of the outline planning permission and are considered satisfactory."

Planners said: "It is considered that the proposed development would create a high quality landscape corridor which will make a positive contribution to the character and appearance of the Wintringham Park development whilst creating a new route for non-motorised users.

"The route would be used for leisure purposes but would also provide a link between the development and the wider network of paths connecting to St Neots town."

Developers said the link to the east had been dropped because it only led to land in the ownership of a third party but new routes connecting to existing and established rights of way and crossings were being proposed.

The application said there was insufficient space to provide ramps at two additional access points where steps were indicated and there would be full access without steps at each end.

Cambridgeshire County Council said it would not provide lighting, in line with the strategy for Wintringham Park but other powers may be available to light the routes privately through the town or district councils.