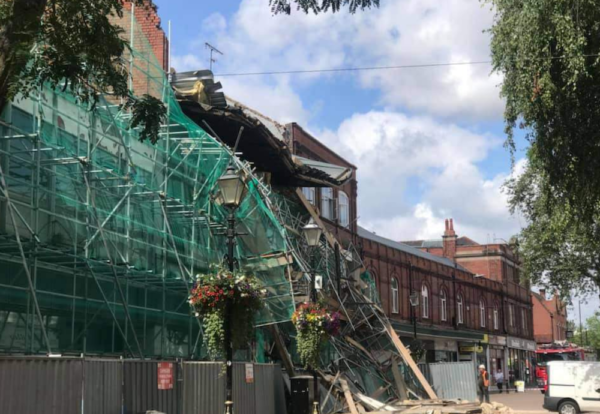 Nobody was injured when the structure came down.

Eyewitnesses said demolition workers were removing parts of the roof when a section collapsed onto the scaffolding.

Demolition contractor Cawarden told the BBC  it would be investigating the cause and the roof had been in a poor condition.

The firm was five weeks into a ten-week demolition programme which has now been suspended to make the building safe.

Warwickshire Fire and Rescue said: “Fire Service personnel from Nuneaton and Bedworth have assisted other agencies at the building collapse in the town centre area of Nuneaton.

“No injuries were reported to the workmen on the site.”