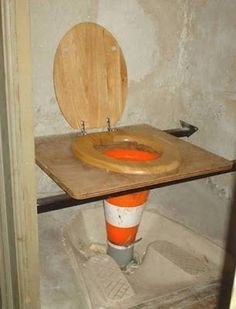 Unite is calling for construction sites to have better toilet facilities, saying that they are “usually disgusting”.

Thousands of workers are being denied toilet dignity in the workplace, said the union.

Unite believes that tens of thousands of workers in the UK either are not provided with decent toilets or have undue, unnecessary or officious restrictions placed on them when they attempt to use the facilities provided.

Construction is one of the sectors where Unite has identified problems where workers are often denied toilet dignity. Examples discovered include no female toilets being provided on construction sites.

A female construction worker reported that the women’s toilets are locked on her construction site. She had to ask male colleagues for the key, then discovered the toilet is being used for storage. Unite is highlighting the problems today as it is World Toilet Day.

Although much of the emphasis on this day is about providing clean toilets in the developing world, Unite believes that a spotlight needs to be shone on the problems experienced by many UK workers on a daily basis. Unite assistant general secretary Gail Cartmail said: “Unite will not be passive on this issue if workers are denied toilet dignity we will name and shame the guilty parties.”

Start now
You may also like
Ensure Your Sales Strategy Survives Covid-19. Green light for £72m Commonwealth Games stadium Winners of £30bn construction framework has been revealed Bovis Homes is planning to start construction in spring 2020 on a £195m housing development on Gloucestershire farmland. It's Genius! But can it really be this easy?
Full Unrestricted Access
Start Your 14 Day Free Trial
Start Free Trial